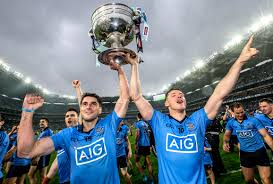 The tournament would be restructured into a Round Robbin tournament with 32 teams playing in eight groups of four. The seedings for the groups stage draw would come from NFL results and from the provincial championship.

The League will maintain its current format but pre-season competition would be removed. Squads can schedule their own challenge games (friendlies) to prepare for the competition. Final position in the league would determine the seeding for the championship. There would be no final or semi final but instead the proposal alludes to a “Super Sunday” to determine the winners. How this is at all different to a final is not yet clear.

There will be an open draw, presumably televised, with one team from each pot being placed in a group. Teams that are seeded no. 4 get home advantage against teams that are seeded no. 1 which, assuming that fans actually travel to dead rubber fixtures en masse, should generate some income for provincial capitals around the country. One team would probably get a nice trip to London too. As previously mentioned the Provincial Champions get home advantage over the team seeded no. 2.

Teams will be awarded 2 points for a win and 1 for a draw. Each team will play three games with the winners being placed directly into the last 16. The top three teams qualify for the last 24. From then the tournament takes on a classic knock out format.

The GAA expects that the new interest in the league might amount to a 5% increase in gate receipts which, based on 2014 figures, could lead to a yield of 125k additional revenue.

A similar 5% increase for the All-Ireland could see an increase of 575k.

The GAA also hopes that increased interest will allow them to sell a more connected advertisement package for both the league and the All-Ireland. They also mention creating a greater media presence for players.

Here is a full link to the report. https://prezi.com/cjzaxble2j87/gpa-football-competitions-proposal-with-new-all-ireland-series/?utm_campaign=share&utm_medium=copy