At the time of writing, UK rapper Octavian has recently become the centre of a very public and very real string of abuse accusations by his now ex-girlfriend Baby Emo. While many online are doing the right thing and holding the rapper to account, Octavian remains poised to release his new album this week, with some major industry backing. Despite some truly horrific evidence of abuse, Octavian claims he will be joined by Skepta, 21 Savage, Headie One and other big industry hitters on his debut album – but why?

The very real and upsetting fact is that rappers have long been apologists for the abuse their industry counterparts and friends inflict upon innocent people (predominantly women), ultimately holding them to no account.

One example of this is the story of A$AP Bari, founder of streetwear brand VLONE and major player in the world-famous A$AP Mob. A$AP Bari was accused of rape in November 2017, with such accusations allegedly being supported by a video of him sexually assaulting a woman in a hotel room in London. The outcome? The case was reportedly dropped in 2018 and A$AP Bari found more success than ever, sealing endorsements from Nike, Virgil Abloh (now of Louis Vuitton), and countless other rappers. The designer was never held to account – no member of A$AP Mob ever publicly distanced themselves from the designer or commented on his actions, and the VLONE founder remains a focal part of A$AP Mob 3 years later.

Fellow designer and friend of the industry Ian Connor has also been the subject of numerous sexual assault accusations. At the time of writing in November 2020, the personal stylist-turned-designer has been accused of sexual assault by at least 33 women since 2017. Despite the overwhelming number of accusations put towards him, Ian Connor has done nothing but laugh in the face of his alleged victims, at times even suggesting his abusive behaviour has fuelled his success. To this day, Ian Connor has become one of the most recognizable figures in streetwear and hip-hop, amassing over 1 million followers on Instagram, including figures such as Drake and Pharrell Williams. Connor has also gone on to create his own shoe line, Revenge x Storm, which has seen his success grow exponentially despite the allegations against him.

Not only are abusive rappers consistently apologized for by their peers, but victims of abuse also have to face an onslaught of hate and harassment from large fan bases when coming forward with stories of abuse. The cult of personality rappers like Octavian, XXXTentacion and many others build throughout their careers results in fans taking their word as gospel, and deifying their idols in the process. While the response to Baby Emo’s story of abuse has been overwhelmingly positive so far, it is still an incredibly brave decision to make when you look at the online harassment she has potentially opened herself up to – Octavian has 283,000 followers on Instagram compared to Emo Baby’s 76,000 followers. Women who open up about stories of abuse at the hands of rappers face what appears an insurmountable battle: the rapper, their label, their influential peers, and their large fanbase.

Furthermore, fans of artists are often quick to dismiss any wrongdoing by their favourite rapper, encouraging friends to separate the artists from their art. Those people are wrong. The art someone like Octavian releases is inspired and fuelled by the person he is outside of his music. We keep seeing artists’ abusive patterns spill over into their art – Octavian’s ‘My Head’ is a chilling confession of his own violent thoughts, aimed directly at a woman who tries to leave him. XXXTentacion’s guest verse on ‘Roll In Peace’ seems to poke fun at the concerns surrounding his alleged abuse of his ex-girlfriend, rapping “last time I wifed a b*tch she told the world I beat her”. Time and time again we see rappers poke fun at, reference, or even confess to their own abusive patterns in their art – while some may be well-intentioned in trying to separate art from artist, it only provides abusive rappers with a greater platform, making it increasingly improbable that they will ever be held accountable for their actions.

A$AP Bari and Ian Connor are far from the only figures in the hip-hop industry who have been accused of sexual assault and seemingly gotten away with it. Over the past few years we’ve seen rappers such as XXXTentacion, Takeoff (of Migos fame), Nelly, Nas, Kodak Black, Chris Brown, Diddy, and countless others thrive in the midst of abuse scandals. Meanwhile, their victims are never given the closure they sought, and so dearly deserve.

As Octavian gears up for the release of his debut album, history suggests that things will blow over in a matter of weeks for the rapper, and his former girlfriend will have to witness their abuser get everything they want, and never be held accountable by their peers. Abuse is an endemic problem in hip-hop, and the industry does nothing about it.

If you, or a loved one, have been subject to domestic abuse, please do not hesitate to contact your local helpline. The national helpline number is 1800 341 900, or you can consult the link below for your local domestic violence helplines. 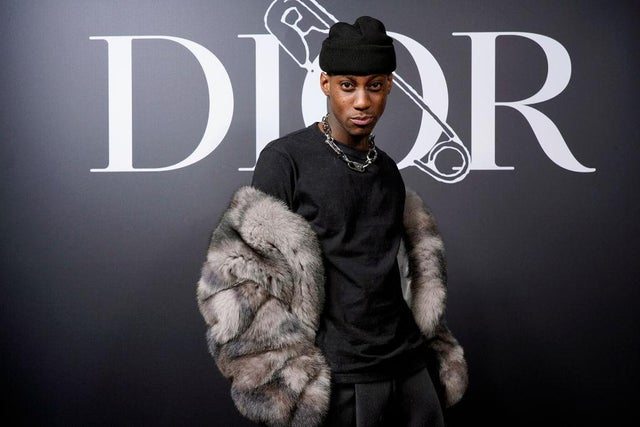 5 Facts You Never Knew About These Halloween Songs

The State of Play for Irish Nightlife